The effects of tax avoidance and tax planning on the society has been a controversial issue for a long time yet governments the world over still have difficulty addressing it. It is believed that all these started from the beginning when business agreements were written by the government or associates of government to favour their family, friends or associates that are in business. Unfortunately, tax planning schemes are a legally accepted business practices for which tax professionals are paid huge sums of money to offer tax planning advisory services for both personal and corporate decision making.

According to Investopedia, tax planning is the analysis of a financial situation or plan from a tax perspective. It is an exercise undertaken to minimize tax liability through the best use of all available resources, deductions, exclusions, exemptions, etc. to reduce income and/or capital gains (businessdirectory.com). Tax planning therefore encompasses many different considerations, including the timing of income, purchases and other expenditures, the selection of investments and type of retirement plans etc. However, tax fraud or evasion unlike tax avoidance is not tax planning scheme and hence considered illegal in the tax professional.

Judge Learned Hand in the case of Commissioner v Newman in 1947 stated:

“Over and over again courts have said that there is nothing sinister in so arranging one’s affairs so as to keep taxes as low as possible. Everybody does so, rich or poor; and all do right, for nobody owes any public duty to pay more than the law demands: taxes are enforced exactions, not voluntary contributions. To demand more in the name of morals is mere can’t”.

Indeed, tax planning has invariably become an integral part of a financial plan, as reducing tax liability and maximizing eligibility to contribute to retirement plans are both crucial for business success as it has gained prominence in today’s business planning strategies, all because Tax Laws have different provisions relating to entities based on location, type of activity or time period, thus invariably, every difference offers a planning opportunity to a taxpayer.

Then the question that arises is, does tax planning comes with any benefits?

Proper tax planning is essential in both domestic and international business to reduce the distortions that arises for instance due to the lack of harmonization in domestic tax systems. Without tax planning, entities are likely to suffer from excess tax payments and additional tax compliance costs. Among the reasons argued for tax planning are:

(a) Offers the opportunity to lower the amount of taxable income i.e. where a taxpayer’s financial and tax planning strategies are targeted at structuring expenditures to fit into the category of allowable expenses.

(b) Serves as a catalyst to reduce the tax rate at which you are taxed i.e. siting business operations at locations or business to take advantage of the little or no tax rate prevailing in that jurisdictions e.g. tax havens.

(c) It ensures you get all the credits available to you i.e. taking advantage of the tax credits, exemptions and/or concessions available in a tax jurisdiction e.g. the stability agreement provision for a holder of a mining lease in Ghana.

(d) It allows a cashflow forecast to be more effective while minimizing tax liability. A company looking to embark on massive capital or productive investment or re-investment will plan financial transactions with taxes in mind so to avoid making impulsive maneuvers. With a resultant good cashflow, entities positioned to embark on more capital and productive investments. Effective tax and financial planning maximize shareholders’ wealth, and improves cashflow for capital and productive re-investment among others.

(e) For the government, the granting of tax reliefs, exemptions and/or concessions is targeted at increasing private sector productivity, create employment and attract investors and improve cross-border trading.

Governments efforts to improve national economy has always been limited due to inadequate tax revenue, which forms a larger percentage of government revenue. This could be attributed to the several tax planning schemes as well as tax evasions. In 2005, the average tax revenue to GDP ratio in the developed countries was approximately 35%. In the developing countries, it was equal to 15% and in the poorest of these countries, the group of low income countries tax revenue was just 12% of GDP and tax planning via tax avoidance are widely believed to be important factors limiting revenue mobilization.

The ActionAid and Tax Justice Network-Africa (TJN-A) in its West African Giveaway report published in August 2005 indicated that West African countries are losing an estimated US$9.6 billion of revenue each year by granting tax incentives to foreign companies and that three countries – Ghana, Nigeria and Senegal – are losing an estimated $5.8 billion a year through the granting of corporate tax incentives with Ghana’s portion being around $2.27.

Tax planning approaches like tax avoidance affect the extent to which the government can provide basic need of the population i.e. it results in inadequate supply of basic amenities such as poor infrastructure, poor educational and health systems, inadequate water and power supply as well as poor road networks. This could be one of the reasons why deficit budget financing has become the order of the day in most developing countries.

Income inequality is another adverse effect resulting from increasing tax planning. Taxation has an objective to redistribute income but the accumulation of wealth through tax avoidance schemes for instance has further widened the gap between the low-income earners and the high-income earners.

During an international conference jointly organised by OXFAM International and the International Tax Justice Network, Africa in Accra in February 2014 for instance, the Deputy Campaign Manager of OXFAM, Mr. Stephen Hale, indicated among other things that many developing countries faced challenges in their efforts at mobilizing domestic resources due to factors such as regressive tax regimes, wide range of corporate tax incentives etc.

But the question remains that, if the major source of revenue to every government is tax revenue whiles government revenue and capital expenditures are highly dependent on these tax revenue, can we then conclude that Governments efforts to reduce budget deficits and over reliance on development partners to finance national budget is a dead on arrival discussion, as most of the tax revenue loss is attributable to tax planning schemes such as tax avoidance, tax incentives and poor tax education and awareness?

Probably tax planning is not that beneficial to government as we are made to believe but instead a wolf in a sheep skin which is gradually ripping off government of billions of dollars in tax revenue to meet its huge public expenditures and to make reasonable economic policy. But who is to be blamed, the taxpayer, the government or both? I leave you to judge!

Tax planning has indeed come to stay, however, I suggest that (a) accountability on the part of governments and effective use of tax revenue will instill faith in the government thereby encouraging payment of taxes, (b) anti-avoidance provision should be of general application or refer to specific tax havens or tax avoidance devices (c) the concept of ethical and responsible investing should not be limited to companies products/services but also to their impact on society as well as (d) unification of tax rates and (e)The Organisation for Economic Co-operation and Development (OECD) and the United Nations which are famous in their models for international taxation should consider paying more attention to the increasing domestic and international tax planning schemes. 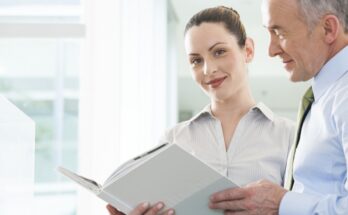 How to Choose a Good Bookkeeper