Ghana’s Central Bank continues in its effort to sanitize the banking sector. Notably, among some obvious sanctions it has carried out has been the mandatory takeover of two private-owned banks: Capital bank and UT bank back by the state-own Ghana Commercial Bank under the authorization of the Bank of Ghana in 2017. Other activities have been carried out by Ghana’s Central Bank yet, the sector still needs some stability. Currently, Ghana’s banking sector is unstable though its prospect looks good in the not too distant future should major regulations and activities are carried out by the Central bank.

The sector still nursing it wounds over last year sanctions on the 2 banks, yet another bank has experienced the central bank direct sanctions, thus, Unibank, (It was adjudged the 6th best performing company in Ghana at the Ghana Club 100 awards in 2017). Currently, the country`s Central Bank has announced that as at 20th, March 2017, it has mandated and authorized the Management of Unibank, ( privately owned bank) be dissolved and taken over by KPMG. Interestingly!

Now, Bank of Ghana itself needs some house cleaning. It is very unacceptable to superintend over a sector from which a player is adjudged 6th best only for it to be said to have been withholding some important data. The Central Bank, however, has its defense for the action against Unibank that the bank has persistently maintained capital adequacy level ratio close to zero which agreeably could practically mean Unibank is insolvent. Reports from the Central bank stated that it directed Unibank to desist from granting any additional new loans to customers, however, the Bank failed to comply with the directive and continued granting new loans. Also, Unibank was directed to desist from incurring any additional capital expenditures which they (Unibank) didn’t adhere to thereby, breaching section 105 of Act 930.

Admittedly, Unibank has been a creative bank if one should observe their banking activities over the years from a distance, as such, the Central bank and KPMG guide to the bank should be one that will not dissolve their positive employee-customer culture which is readily seen to be “vibrating” among their customers and bank. Unibank has some very loyal customers, with large numbers being traders. Bank of Ghana, therefore, should guide Unibank, taking into consideration the brand that exists and finding the obvious ways to revive the bank.

Having said this, the number of Universal banks is way too many for Ghana. The number should be capped as having close to 40 banks for a population of 26 million is obviously much. What needs to be done is to build the capacity of existing banks to “branch out” to customers. This can be done in two ways: expanding physical infrastructure to reaching closer to customers and expanding digital (Online/Mobile banking) infrastructure. Already existing banks should be keen on improving their service experience, getting closer to people, expanding digital means of banking and improving on banking security.

Making it clear, however, I am not in any way against the registration of banks, In fact, my position is the direct opposite as I am not oblivious of the importance of financial services to individuals and the economy as a whole. My position will pass for the opposite. My views clearly are that instead of registering new banks that with some of them operates a few branches with no superior services or infrastructures, it would be better to resource existing banks to improve their capabilities.

Finally, some of these financial institutions will have to consider merging should there be any possibility of staying profitable in business and serving customers at standards as the sector begins to become more competitive in the coming years and also especially now that the minimum capital requirement has been increased by the Central Bank to 400 million Ghana Cedis for banks, which will take effect from December 2018. 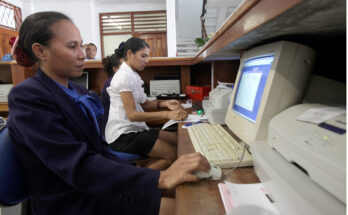 Opportunities for Africa to Deepen Financial Inclusion and Development

How Tally Confirms Its Top Position Over The Years