Sometimes the inevitable happens: No matter how cautious and organized you’ve been, you’re going to fall behind on your bills. Whether it’s because of a job loss, increased bills, or something completely unexpected, there are many reasons why you might fall behind on debt payments. When this happens, good money management might help you get back to financial security. However, this isn’t always the case and sometimes more drastic actions are needed. To avoid severe consequences, it would be wise to begin negotiation efforts with your creditors.

When money management isn’t enough to get the bills paid in their entirety, then it’s time for debt negotiation. This will allow you to lower the overall amount due if your creditor approves. Properly approaching debt negotiation discussions increases the likelihood that the creditor will agree to your request.

1.Prioritize your debts. If you are going into debt negotiation for multiple accounts, you’ll generally want to eliminate the lowest balances first. However, there are exceptions and certain types of debt are more important than others. For instance, you should always make a good effort to pay your mortgage over a credit card bill, if you ever have to decide between the two.

3.Don’t get emotional. While you’ll want to explain why you’re facing financial hardships (job loss, medical expenses, etc.) avoid telling them your life story. Your creditors don’t have a lot of sympathy and are ultimately looking at the bottom line.

4.Brag about your money management. If you’ve made a good faith effort to pay all your bills, be sure to mention your payment history and the clear effort you’ve made! This will make it easier during the debt negotiation process.

6.Save money before debt negotiation. You’ll want to practice good money management by saving enough cash to make a payment before you begin the debt negotiation process. However, do not stop making your current payments! Instead, save enough so that you can make a payment right away. Creditors are more likely to settle if a fund can be immediately transferred. 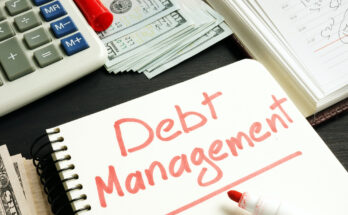 Take Control Of Your Debt To Manage Your Finances Better