Christian Camps across the United States fail financially as a result of abandoning biblical financial principles related to borrowing money. However, applying simple biblical principles can bring about significant change for the better. In recent years we have seen a number of Christian Camps close their doors and declare bankruptcy. While there are many factors that can lead a Christian Camp to the point of bankruptcy, one trend is clearly stands above the rest, indebtedness.

There are two primary reasons that Christian Camps borrow money. The first is far less publicized yet far more common. While many people may be aware that most Christian Camps enjoy their most robust activity during the summer season, fewer know that many camps go into debt in the winter season. Due to the need to maintain facilities and employees, many camps spend more resources than they bring in during the slower months of the year. As a result, it is a common practice for camps to take out short-term loans annually. These short-term loans are typically paid back as business begins to pick back up in the Spring and Summer Months. Borrowing money is costly. Interest rates for short-term loans vary greatly based on the economy and the credit rating of the organizing borrowing money. But no matter what the interest rates are, there is a cost involved with borrowing. This is why banks loan money, to make more in return.

The overall cost of running a camp grows exponentially as borrowing continues year after year. In a recent report submitted by the­­­­­ United Methodist Church, it is clear that the practice of borrowing year-after-year has caused four specific denominational camps to continually spend more than they bring in. While these camps have relied for some time on subsidies provided by the denomination, economic shortfalls have now caused the denomination to find its-self incapable on continuing these subsidies. The result is the sale of these camps in order to stop the ongoing budget shortfalls. In spite of concerted efforts on the part of the denomination, sufficient funds were not raised to save these camps from closing (SaveMOUCamps, web).

Similar difficulties have haunted other camps around the country. Canby Grove Conference Center in Canby Oregon recently sold as a direct result of its inability to fund its debt. According to oregonfaithreport.com, the 82-year-old ministry was at risk of bank foreclosure prior to the sale due to a series of combined short-term loans of along with a mortgage of $1.2 million (web). While this article suggests the cause of the foreclosure was a result of an economic downturn, we find that short-term loans combined with the mortgage were $3 million (Ericson, web). While Canby Grove may have been able to survive an economic downturn without its large loan payments, the downturn rendered the camp incapable of covering both operating expenses and loan payments. Banks simply would not loan them any more money.

Along with short-term loans, borrowing for the purpose of new construction is also a major cause of camps failing financially. In a recent interview with forty-seven year camping veteran and current camp Director, Bob Nunziato, two recent examples of the destructive nature camp indebtedness are noted. Nunziato identifies “[b]orrowed funds for building projects” as the primary reason for the closures of both Canby Grove and Pine Summit Christian Camps. Both camps borrowed large sums of money to complete building projects. In both cases, the ability to pay back that debt was based on the assumption that increased occupancy would provide the needed funds. Nunziato points out that “[o]ccupancy did not carry the debt”, resulting in foreclosure for one and sale of the other. Too many times the hope of increased business as a result of new facilities does not materialize.

The Bible contains important principles for each of us personally, and for those operating Christian Camps. It is important as ministry leaders to ensure our focus stays completely on Christ as our provider. When we borrow, our focus becomes divided. Solomon wisely points out that “[t]he borrower becomes the lender’s slave” (NASB, Proverbs 22:7). When we become enslaved to the bank, how can our focus be completely on Christ? The Apostle Paul urges us to “[o]we nothing to anyone except to love one another” (Romans 13:8). While it is not our intention here to delve deeply into the translation or emphatic nature of Paul’s statement, it could be understood as either a suggestion or a command. Either way, the meaning is clear, debt is to be avoided.

It is often tempting for ministry leaders to fall into the trap of borrowing money to build new facilities as a marketing strategy. After all, if we have a beautiful new facility, wouldn’t more guests be attracted to come? Using human reason alone would tend to lead us down this path of thinking. Many Christian ministries base their ability to pay off new construction loans on this idea. In some cases, it works, but there are no guarantees. Nunziato suggests that we may be better served if we “allow him [God] to provide the funds before we spend them, not after.” He goes on to explain his philosophy that we risk “presuming” upon God when we move forward with borrowed money on a particular project without the funds on hand to pay for it. It is critically important that we follow God in what he desires rather than inviting him to bless our efforts after the fact. Nunziato explains the simple principle of knowing God’s will based, in part, on whether or not he provides the funds in advance.

Sound financial stewardship becomes even more important as the cost of doing business as a non-profit steadily rises. With increases in minimum wage, health and liability insurance, and the ever mounting cost of government regulations, Christian Camps are feeling the pressure. In her excellent article, Why Do Some Camps Thrive While Others Fade Away, Ami Neiberger-Miller reminds Christian Camping leaders that “[m]anaging your role as both a steward of the camp’s finances and a cultivator of its donors is an important part of financial management” (Neiberger-Miller 11). In other words, our donors are entrusting us with a sacred task, to manage the funds God has placed under our care wisely. Breaching that trust is not only to risk losing our donors and guests, but our own integrity as well.

Christian Camps are far too valuable a tool in God’s hands to risk losing them as a result of financial mismanagement. Thousands of people every year come to know Jesus Christ as their personal Savior at Christian Camps across America and around the world. Kevin Carnahan puts it so well; “I can attest to the unique and dynamic way God comes to us through these special settings [Christian Camps] and rhythms of intentional Christian community that happen when we take sacred time apart from our daily responsibilities, environments and patterns to deepen our relationship with Christ and our Creator.” (Carnahan web). Countless stories of God working can be shared by those who’s lives have been changed through Christian Camping. Church leaders tell again and again of the changed lives of young people who attended camp and are baptized in their churches. Because these ministries exist to share the Gospel for God’s glory, it is incumbent upon the leaders of these same ministries to use God’s principles in managing the resources he has given them.

There are several steps that camping leaders can take in order to apply biblical financial principles in ministries. We must ensure that we rely first and foremost on God to sustain our ministries financially. Nunziato reminds us that even using biblical principles in the operation of our ministries does not mean we no longer need to rely on our Heavenly Father every moment of every day. He sustains us and without Him we are lost. Nunziato urges, “[I]t is critical to note that we are not self-sufficient.”

Delaying building projects until all the funds are raised in advance is good stewardship and allows God to offer his blessing before projects are undertaken. Resist the temptation to build it now in hopes that God will bless it later. Let Him show you where his blessings lay by providing the needed resources in advance.

For those who find themselves leading a ministry already burdened with debt, take courage. Returning to biblical principles related to borrowing and living within your means can restore viability. It takes sacrifice but God is looking for leaders who will make the difficult choices in order to bring their lives and their ministries into compliance with His principles.

Establishing reserve funds for the purpose of sustaining through lean times can lower operating costs and eliminate interest payments. Fifteen years ago the Board of Directors of Hartland, a christian camp in Central California, voted to set aside a sum of money that would previously have been borrowed from the bank during the slow season of camp. By borrowing from this reserve fund in the winter months, the camp was able to avoid costly interest payments. It took some discipline but the reserve fund was paid back during the busy summer season and has been every year since. Also, by adding to that fund during times of plenty, the camp now sets aside three to four times the amount that was previously borrowed. Rather than paying interest, the camp collects interest on that savings every month.

Using the principles found in scripture in both our personal lives and in our ministries will set us on the right course financially. While God does not promise we will be financially successful, he does give us wise guidelines to operate within. Once we have done all we can to operate within God’s principles we can rest in the peace of knowing that we are in God’s hands. Come what may, our ministries are not our own, but God’s. He can do with them as he pleases. He has always been trustworthy and he is looking for those who will be worthy of trust to lead his Christian Camps into the future.

Consider the parable in Matthew 25 about the slaves who are entrusted with various sums when their master goes away on a journey. The one who buried his money in the ground was admonished, “you ought to have put my money in the bank, and on my arrival I would have received my money back with interest” (Matthew 25:27). This passage suggests that at the very minimum we need to earn interest with God’s money rather than to bury it in the ground. How much more should we strive to avoid paying interest on the money that God has entrusted us with?

Let us always remember to keep the end in mind. There will come a day when each of us stand before God and give account for the things we have done. Fortunately, for those of us who have been saved by his grace, a reward is in store rather than a punishment. The words we all long to hear from him are “Well done, good and faithful slave. You were faithful with a few things, I will put you in charge of many things; enter into the joy of your master” (Matthew 25:23).

“Information from the Camp Board.” The Missouri Conference of the United Methodist Church. 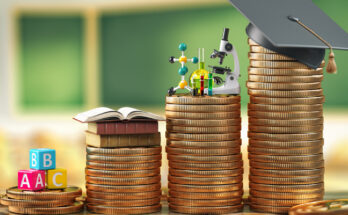 What are the ideal futures to invest in right now? 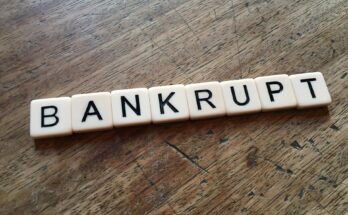 How Does Bankruptcy Help You in the Long Run?